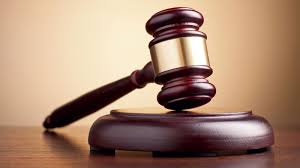 We enjoyed Jeannie Lin’s second book in her Gunpowder Chronicles Asian Steampunk series, Clockwork Samurai, so much that we had to write up a review for that as well. So here it is, with four stars for great characters and world-building.

We are reviewing fantasy this month on Goodreads, and our first completed story is C. Esther’s tale of dragons and frenemies, Oasis in the Clouds.

We were delighted to discover historical roma 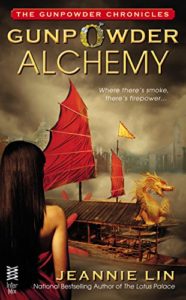 nce novelist Jeannie Lin’s foray
into steampunk, with her Gunpowder Alchemy set in 1850 China.
We’ve ordered the second book in her series and look forward to continuing the adventure. 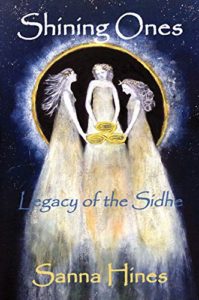 On Goodreads, we were given the opportunity to delve into Phyllis Goodwin’s historical novel Cry for Me Argentina set in pre-Peron Argentina. We greatly enjoyed travelling to Ireland through magical passageways with Sanna Hines’ modern shapeshifter fantasy, Shining Ones: Legacy of the Sidhe. We also traveled to a richly described Ireland of the 1840s with Christy Nicholas’s Druid’s Brooch Series, reviewing Legacy of Hunger and Legacy of Truth. 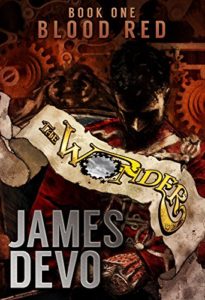 Goodreads also led us to the madness and mayhem of James Devo’s debut steampunk fantasy series The Wonder: Blood Red, an oddly heartwarming dystopia in Joe Turk’s Making Monsters, a mad romp through time with Damian Knight’s Pages of Time ending with a harrowing and somewhat confusing dystopia with L.N. Denison’s Going Underground. 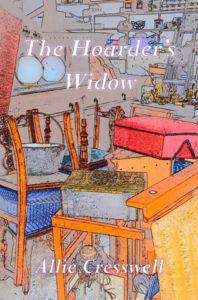 We truly loved Allie Cresswell’s well-written The Hoarder’s Widow, even though it falls outside our target genres. Good writing does that to us! David Crosby launches a new mystery series with Million Dollar Staircase. We had fun with James Cardona’s The Dragon’s Castle, a fresh take on wizards-in-training. Scott Spotson took us on a campy romp through time and family with Bridge Through Time. Noah Nichols gives us a love-it-or-really-really-hate-it absurdist, surreal, adult, black comedic satire in No Net. 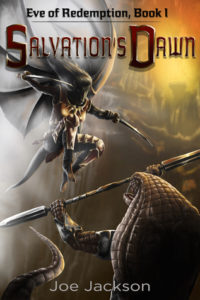 Joe Jackson delivers a promising addition to the epic fantasy canon with Salvation’s Dawn, a book we promise will delight gamers and fantasy fans alike.

As part of our support for the indie publishing community, we just completed a Goodreads Review Group Roundup, where we gave non-reciprocal reviews to four independently published new works. We were pleasantly surprised at the depth and quality of our randomly assigned books and feel more excited than ever about the indie publishing movement. While we were forced to travel outside our comfort zone of escapist genre fiction into non-fiction, tween fiction and short stories, we enjoyed the unfamiliar scenery. 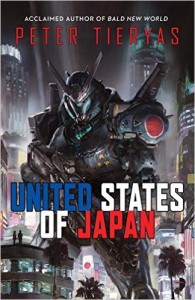 We’re giving four stars to this flawed but ambitious and memorable glimpse of a terrifying totalitarian regime. Complex characters, a dark and gritty richly imagined dystopia and a powerfully visual writing style make this book a feast for Peter Tieryas fans. 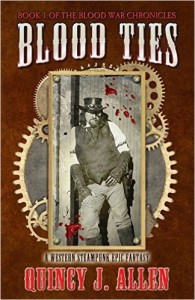 We’re giving five stars to this witty and fast-paced genre-blending “Western Steampunk Epic Fantasy” even though it has werewolves. Snappy writing, great characters and terrific world-building make this a great read for genre fans of steampunk and Weird Wild West. We look forward to more from Colorado author Quincy J. Allen .